A Vegan Dog or a Plant-Based Dog? Here’s the Difference 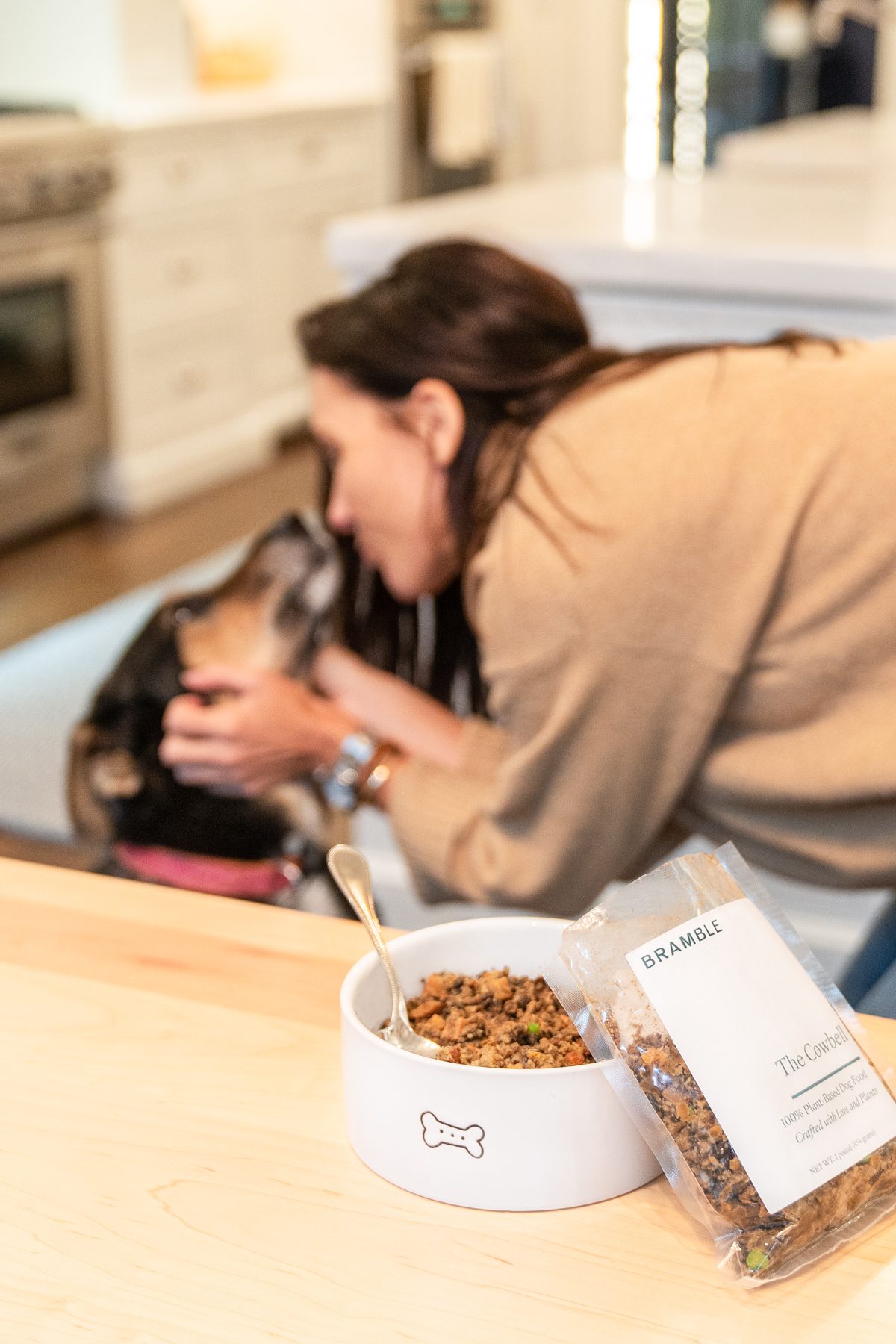 We hear something like, “I don’t think I could have a vegan dog” quite a bit. We’re going to unpack this sentiment a bit more. Because at Bramble, we don’t have an agenda to make you have a vegan pet. We focus more on high quality ingredients and our belief in a whole food (meaning, non-processed) way of feeding our companion animals, that also happens to be better for the planet and animal welfare. While we think that a meat-free diet is the best way to achieve those goals, we also believe that any little bit makes a big impact! Let us explain!

Why do pet owners consider having a vegan dog in the first place? It’s likely because people who don’t wish to eat animals themselves would also prefer not to feed animal products to their companion animals. Ironically, we sometimes hear vegans protesting that, while they would never eat animals, they would also “never have a vegan dog.” Outspoken people on social media go so far as to refer to feeding dogs a vegan diet as animal abuse!

The obvious reason why people think they could never have a vegan dog is because we are wrongly conditioned to believe that dogs are carnivores and need animal protein. “Think about their ancestors” and “Look at their teeth” are often the pseudo-scientific comments left on social media (hardly a medical journal!). Funny enough, we hear the same reasoning from people about their own human consumption — mimicking our ancestral diet is the logic behind the Paleo diet! In truth, it doesn’t matter  if dogs are “carnivores” or have large teeth. The giant panda — also in the Order Carnivora alongside dogs and also with large canine teeth — is s strict herbivore! Taxonomy and anatomy aren’t everything in this case. Physiology and metabolism matter more than strictly classifying animals as carnivores.

The reality is that dogs are biologically omnivores. Multiple studies have demonstrated that vegan dog food can safely meet all of a dog’s nutritional needs. Veterinary nutritionists confirm that dogs can easily digest starch and utilize carbohydrates and all of the essential nutrients from plant sources. Dogs also have lower protein and amino acid requirements than true carnivores. In other words, dogs are not obligated to eat animals to acquire nutrition!

Indeed, a meat-free diet can even be healthier than a conventional meat-based one. Since beef, dairy and chicken are the leading causes of food allergies in dogs, some veterinary nutritionists recommend vegan diets to clear up these irritating conditions.

The vast majority of animal protein found in commercial pet food is not high quality. Weird leftover bits and pieces from animals (known as byproducts) are rendered into protein meals and used as the main ingredient in pet food. The intensive processing required to make these by-product ingredients safe also denatures a lot of the nutrients. So, dogs don’t actually get their essential nutrients from the animal protein or other food ingredients in dry kibble dog food, but rather from the synthetic supplements! In contrast, fresh food like Bramble are more digestible than highly processed kibble or canned foods, making the essential nutrients easier for your dog to absorb and utilize.

At best, some premium pet food companies use “human-grade” meat, but that, too, does not mean the animal protein is high quality. It is common knowledge that meat contains carcinogens. And, consumption of poor quality meat is associated with different types of cancers in people, among other health problems, such as high cholesterol, diabetes, and heart disease. Well, it should come as no surprise that those same carcinogens can be found in animal-based pet foods or that our companion animals suffer from the same degenerative diseases!

In comparison, feeding more plant protein is cleaner, without any antibiotics, heavy metals or toxic residue.

Vegan Dog Food For The Planet

Aside from your dog’s health, why else would someone consider a vegan diet for dogs? The short answer: sustainability. You don’t have to be vegan to worry about the sustainability of pet food. In the U.S., there are more pet dogs and cats than children! And, pet diets are high in animal protein — so much so that if the U.S. pet food industry was ranked as a country for the amount of meat it consumes, it would rank number 5! This is undeniably massive.

Still, we know the word vegan can turn a lot of people off. So the idea of a vegan dog could really send people over the edge. At Bramble, we choose not to focus on veganism or an entirely meat-free diet. Rather, we choose to focus on the benefits of a whole food, plant-based diet. Meaning, if you try eating more whole, fresh foods (and less processed foods) from more plant-based sources, you will feel energized and lighter. The health benefits are obvious. This is the same for our pets!

We can shift the focus away from all or nothing. Rather than debating whether or not dogs can be vegan, how about feeding less animal-based foods? The 3 tenets of eating — and feeding — a more plant-based diet are that you can make food choices that take better care of yourself, the planet and animal welfare! It’s ok to eat — and feed your dogs — this way sometimes but not all the time!

So, when we hear people say, “I don’t think I could have a vegan dog,” we say, “You don’t have to!” You don’t have to have a vegan dog to make a difference! You can have a flexitarian, reducetarian, meatless-Monday, vegetarian dog! Even if you just reduce your pet’s animal intake, you will make a big impact — in your own pet’s health, and the welfare of the planet and other animals.

We created Bramble to make a difference. We wanted to give pet parents the option to feed less animal protein in the healthiest, most nutritious and drool-worthy way, while also helping the planet and animal welfare. In addition to a savory, “meaty” pea protein base, our recipes are packed with superfoods like fresh lentils, sweet potato, blueberries, and whole grain brown rice. Bramble gives dogs everything they love and crave without anything harmful. Our vet-formulated fresh pet food recipes are the most delicious, convenient way to feed more plants and less meat. You can find our recipes here!