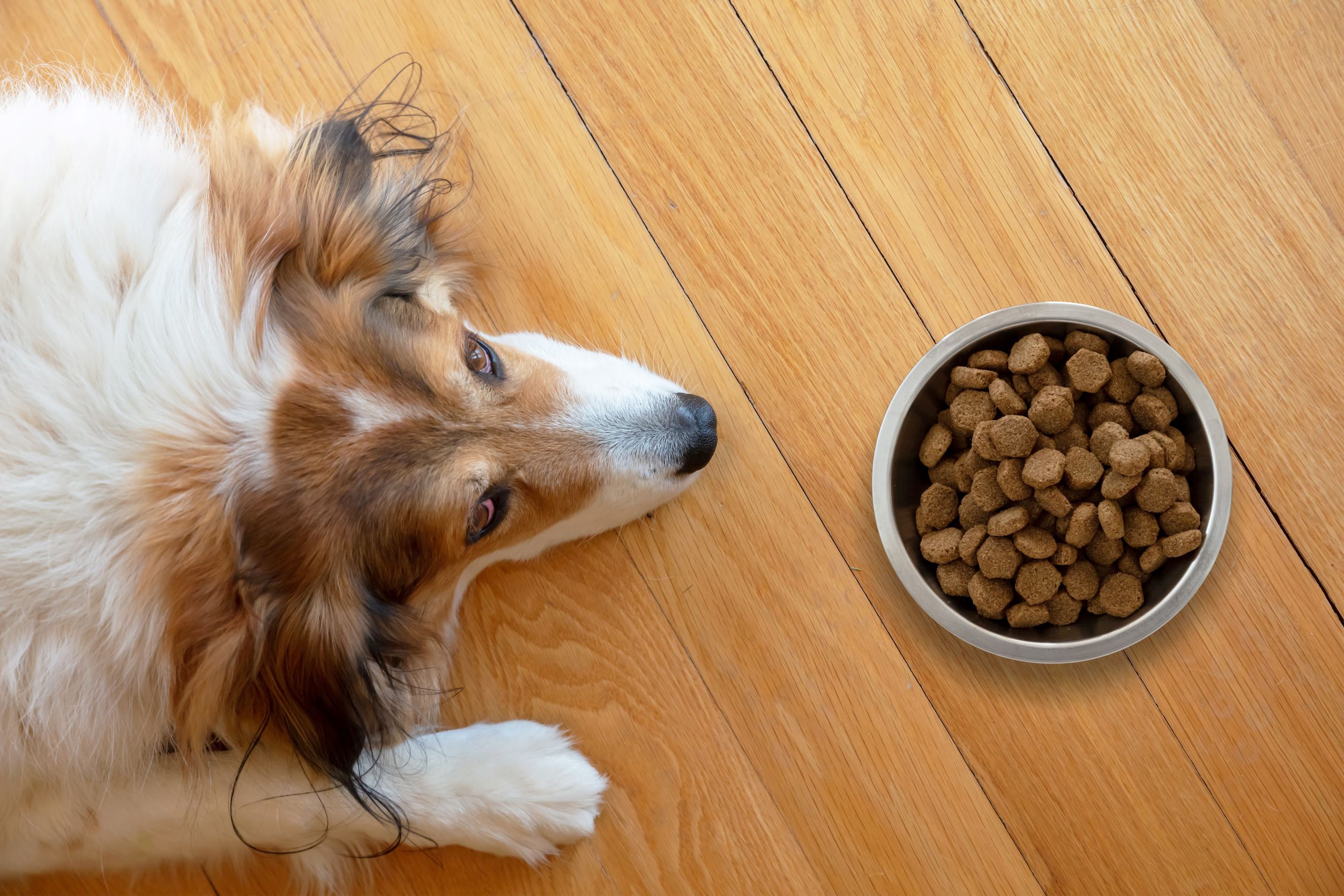 One great hurdle to getting pet parents to switch to a fresh food diet is overcoming the convenience of shelf-stable  pet food in a bag. When you think about it, how did we come to believe that this could be the right way to feed our fur kids?

As dogs became domesticated alongside humans, they evolved away from their wolf ancestors. In part, by eating human food scraps! Why did we move away from feeding fresh food to dry kibble? (Hint: it’s no coincidence that kibble is manufactured like cereal!) Here is how commercial pet food came to be.

Dogs have been keeping humans company for more than 30,000 years. By 2000 BCE, a Roman philosopher, Marcus Terentius, wrote the first farming manual, which suggested feeding meat, bones, and barley soaked in milk to dogs.

By the Middle Ages, royals and grand houses kept domestic dogs mainly as guard animals, as well as pets. The 13th century scientist, Albertus Magnus, cautioned that dogs should not be fed food right off the dinner plate, or else they might not be effective guard dogs, as they will “keep one eye on the door and one on the generous hand of the master.” And, by the end of the 14th century, Gaston III, a Count in France, wrote a book, which included a reference to what he fed his greyhounds: bran bread, some of the meat from the hunt, goat’s milk, bean broth, and buttered eggs.

Notably, meat was not predominant in dogs’ diets, as it was considered a waste of food that could have gone to the poor! Rather, a dog was fed what could be spared, which was often cabbage, potatoes, onions and crusts of bread!

Pet Food in the 19th Century

Modern day commercial pet food can be traced to 1860 in England. In the 19th century, middle-class families with disposable income began to keep dogs as pets, rather than just working animals. When an electrician (hardly a veterinary nutritionist!) named James Spratt visited London, and saw crewmembers from his ship throwing leftover stale biscuits to dogs on the dock, he instantly saw a business opportunity.

These were hardly the soft, flaky biscuits that come to mind when we hear that word. Rather, these biscuits – made from flour, salt and water – were baked and left to harden and dry, so that they could last for months on ships without refrigeration! Spratt formulated the first “dog biscuit,” a mix of wheat meals, vegetables, beetroot and beef blood, and called them Spratt’s Dog Cakes. Selling the biscuits to English gentlemen, Spratt created a new market and was an instant success. He brought his invention back to New York, launching the commercial pet food industry!

Spratt marketed his dog biscuits as a complete meal source and he called on his early adopters, the wealthy English gentlemen, for testimonials. It wasn’t long before Americans forewent their table scraps in favor of Spratt’s biscuits.

During WWII, the metal used to make cans for dog food was rationed for the war effort, forcing the commercial pet food industry to pivot. The solution? Pet food companies used by-product from cereal manufacturers to create a shelf-stable product that could be sold in bags rather than tin cans.

As larger companies were drawn to the pet industry, they spent heavily to convince people that commercial pet food should be the exclusive diet for your pet and that kibble was the healthiest option. In 1950, General Mills acquired Spratt’s and, in 1959, Purina acquired the American Crab Meat Company who made cat food – even though the food didn’t actually contain any crab.

Looking for shelf-stable products, the big players in commercial pet food drew on their cereal experience. Purina was the first company to use extrusion – a method of mass-producing shelf stable products, such as cereal, by mixing wet and dry ingredients that are fed through a machine, subjected to extremely high temperature and pressure and then pushed (extruded) through a die-cutting machine to form dry dog food kibble, which is then coated with fat and sugar to increase palatability.

Extrusion is still the predominant process employed by the commercial pet food industry to create dry dog food today. The problem with extrusion is that the extreme heat and drying squanders the vitamins, nutrients and moisture from even high quality ingredients. What’s more, just like with cereal, the final product would be pretty tasteless and odorless if not for the salt, sugar and fat coated at the end.

As the pet food industry boomed, the competition only led to more cost cutting and the use of high carbohydrate fillers and  preservatives, leading to even more dog health issues, such as obesity, and frequent recalls.

Here is How Bramble’s Fresh Food is Different

At Bramble, we believe nutrition is the greatest long-term health plan. The history of commercial dog food makes clear that dogs aren’t meant to be eating highly processed, shelf-stable,  dry kibble any more than we are meant to eat cereal all day every day! And their diets rarely contained meat until the 20thcentury! Bramble is committed to feeding our pets high quality ingredients, gently cooked to maintain maximum nutritional value (and taste!), and frozen without preservatives. You can sign up for our fresh recipes made of whole food, plant-based ingredients here.