Interview with Lorelei Wakefield on Feeding a Vegan Diet for Dogs 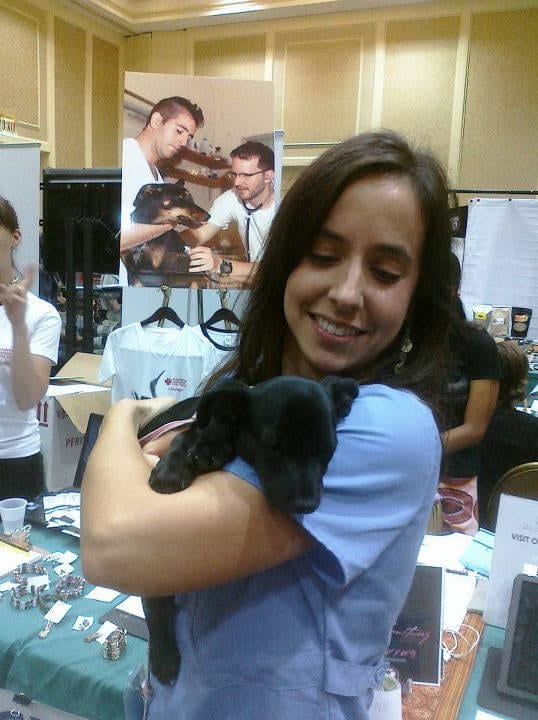 We were lucky to speak to Dr. Lorelei Wakefield, a dedicated vegan veterinarian. We understand well the concerns of well-meaning pet owners who are considering feeding their beloved dogs a vegan diet, even just in part. So we asked Dr. Wakefield all of the questions that pet parents might ask, and she addresses just how healthy feeding dogs a meat-free diet can be!

What is your background?

I’m a 2006 graduate of the University of Pennsylvania School of Veterinary Medicine. I published a study of vegetarian cats for the Journal of the American Veterinary Medical Association. I then completed an internship at the ASPCA in NYC. Currently, I work as a relief veterinarian and consultant, including nutritional consulting.

Can dogs eat a vegan diet or primarily plant-based diet?

They can. The reason is that they are physiologically omnivores. So even though they are in the Order Carnivora, their dietary type is omnivorous.

So to clear up the confusion around this subject, dogs are physiologically omnivores?

What does it mean to be an omnivore?

An omnivore is an animal that can consume both plants and meat. Whereas, a carnivore is an animal that necessarily subsists on a diet consisting mainly of animal protein because it does not possess the physiology to properly digest the essential nutrients from vegetable matter. So to be an omnivore means that you’re physiologically able to turn both plant-based nutrients and animal-based nutrients into energy that is useful for your body and meets all your nutritional needs.

Do omnivores need both plant-based and animal-based nutrients?

There’s a lot of marketing in the pet food industry about dogs being descendants of wolves, sharing their ancestral DNA and needing to eat like their ancestors. Do dogs need to eat animal protein like their wolf ancestors?

That’s a good question. Dogs are now a different species from wolves and are definitely distinct from their wolf ancestors. Especially with respect to pet diet, there was a recent study that looked into the genetics of dogs and wolves and found that dogs are much better able to digest carbohydrates than wolves.

People think that wolves need to eat animal protein therefore dogs need to eat meat. It turns out that dogs have evolved alongside humans eating human food and so dogs adapted to human consumption and eating carbohydrates by natural selection.

Those who think that dogs can’t do well on a vegan diet believe it’s because they are not able to absorb and use plant-based nutrients, but it turns out that they are able to absorb those nutrients. They have increased starch digestion, relative to their wolf ancestors, and have lower protein and amino acid requirements than strict carnivores, so most are able to thrive on a plant-based diet.

If pet owners want to feed a vegan diet for dogs or mostly plant-based diet, how should they go about doing so?

They should either use one of the commercial vegan dog food brands or if they are going to home cook they should carefully choose a recipe that has full supplements. Otherwise, you could end up not meeting your dog’s full nutritional requirements, which could lead to other health problems.

A lot of pet owners add fresh veggies and other food to kibble. What do you think about that?

It’s great to add fresh food to kibble and dry dog food, but it shouldn’t be a high percentage of the diet. If dog owners are mixing fresh food that makes up over a third of the diet, then it needs to be carefully supplemented because we don’t want the dogs to become nutrient deficient. Just adding fresh vegetables to a dog’s diet, while well-intended, could lack in the amino acids that dogs require. You don’t want the health benefits of adding high quality fresh food to be outweighed by inadequately meeting your dog’s nutritional needs.

It’s ok for dogs to be fed a vegan diet, but can they thrive on one?

Absolutely. A lot of dogs have improved health on a meat-free diet. Part of the reason being that with a vegan diet for dogs, you don’t have antibiotic or hormone residues found in commercially processed meat, which can be toxic or can cause antibiotic resistance. So dogs can thrive on a meat-free diet, in part, based on what you’re taking away. The other part is what they are getting. Plant-based diets tend to be more hypoallergenic. Dogs often suffer from food allergies to specific animal proteins, which can cause skin eruptions or inflammatory bowel-type reactions, and there are less possible allergens in a plant-based diet.

Overall what is the takeaway?

Pet parents can feel comfortable feeding their dogs a vegan diet or at least reducing the amount of animal protein in their dog food. With just reducing the amount of meat, you’re still making a difference. And because dogs are omnivores, they don’t require animal protein like an obligate carnivore. So dogs can do well on a diet consisting of more plants and less meat.